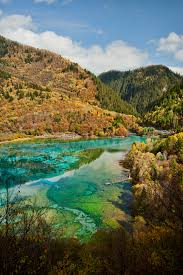 GongGong - the God of Water

GongGong is the God of Water in ancient Chinese mythology and also believed to be the descendant of the Yan Emperor. The archetype of GongGong dates back to a powerful tribal leader in the period of the Three Emperors and Five Sovereigns. Gong Gong is said to be the earliest flood-control hero. He led people to combat floods bravely and put floods under control by blocking, rather than dredging. GONG-GONG was so humiliated at this defeat that he decided to kill himself by head-butting one of the pillars of Heaven. This had the desired effect, but also ripped a great hole in the firmament, causing the Great Flood which devastated Earth.

Though he failed to tackle the root causes, he accumulated a lot of experience in flood control for later generations. So, GongGong was later honored as the God of Water. He was also an expert in agriculture and invented the method of building embankments for water storage, improving farming productivity. In the end, GongGong's tribe lost to the tribal coalition led by Yu the Great in a war.